Autumn without Berlin in the Goya Awards

Irene Escolar has been nominated to the Goya Awards in the Best New Performance Actress category for her role as June in the film Autumn without Berlin.

Antonia Guzman (A Cambio de Nada), Iraia Elias (Amama) and Yordanka Ariosa (El Rey de la Habana) are the other candidates to win the Prize in that category.

As soon as Irene Escolar received the good news she admitted she was ‘thrilled’ with the nomination and ‘grateful’ to the director Lara Izagirre for giving her the great opportunity to star as ‘June’ in her debut.

Escolar has been also nominated to Forqué and Feroz Prizes in the best actress category for her role as June in Autumn without Berlin. 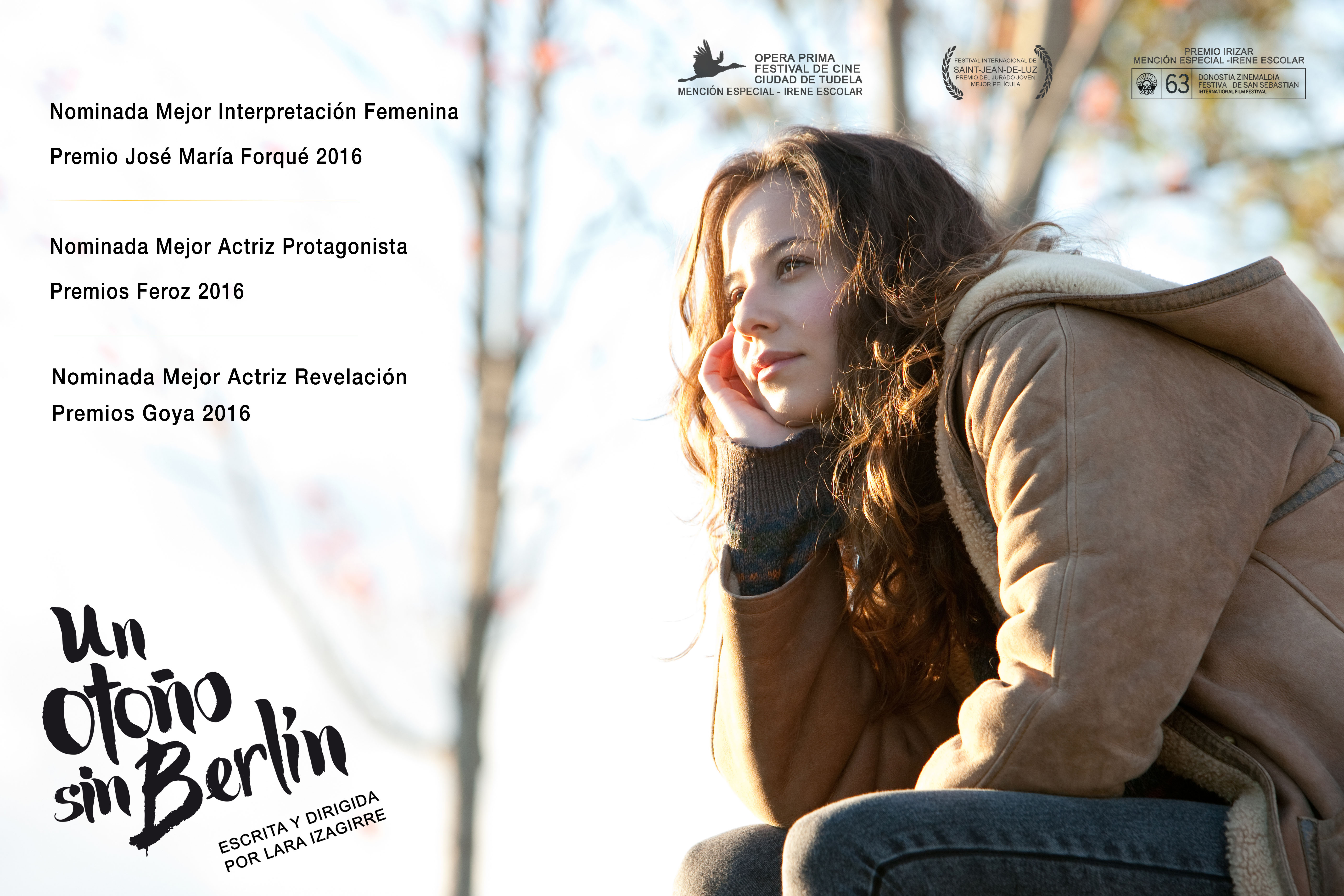