In cinemas on November 13

After the special mention to Irene Escolar at the 63 San Sebastian Film Festival for her great performance, the Young Jury of the Festival of new Filmmakers of Saint-Jean-de-Luz has granted to Autumn without Berlin the award for Best Feature Film.

Besides being Lara Izagirre’s first full-length film, Autumn without Berlin is also the first film to the editor, composer and producers among others.

Also, this project is a clear commitment with young people and women: the cast and crew is equally formed by men and women.

The theatrical release will be on November 13.

Autumn without Berlin not go unnoticed

This film tells the story of June, a young woman who returns to her hometown to try to recover unexpectedly broken relations with her family and her first love.

So far, the films has not gone unnoticed in any of the festivals where it has been selected. It just became especially relevant in the Festival of New Filmmakers of Saint Jean de Luz: the jury and the French public, both have felt a great admiration for this movie, which was shot in Amorebieta (Bizkaia) and Bilbao.

According to the critic Christophe Foltzer: Autumn without Berlin surprises from the first moment. During his coverage of the Festival of New Filmmakers, he wrote the following article:

After leaving her hometown to live abroad for some years, June will return without notice. She faces then what she left behind, people who already changed and projects that went failed, notably a trip to Berlin with her ex boyfriend. But could the course of a life be picked up on after such separation?

Magical and surrounding, Autumn without Berlin will surprise from the beginning for its format and the mystery extracted during the first minutes of the film. Filmed in a 4: 3 format which is alternately suffocating and poetic, the film is not embarrassed of a (let’s say) classic exhibition of its plot and its characters, and it demands to the audience to collect the pieces of its past. A bold and daring task that young director Lara Izagirre achieves wonderfully, taking the time to set the atmosphere and therefore highlighting the elements of this painful past.

This melancholic film also brings together both the darkness of isolation and the disease itself (literally), as well as the bright moments of a disenchanted existence. Autumn without Berlin never deals with the “pathos”, and brilliantly avoids the tedious description of the characters mood. The merit lays of course in the director, because she has write the history to the rhythm of the feelings of the character, more interested in the emotional issues and human sensitivity that in a real “case study”.

This movie is a poem that is rarely found in a first film, and touches the heart. The truly emotional moments work wonderfully in this gallery of characters beaten by life, suffering and who have chosen to flee / escape (to another place or elsewhere inside), they breathe authenticity and are always treated with intelligence and finesse.

The merit also lies in the casting process, all the characters are perfect, particularly Irene Escolar, magnetic June, which operates every plane that appears. We would be tempted to say that she alone carries the film, but we would forget the excellence of the performance of their playmates. Poignant, sad, happy and emotional, Autumn without Berlin is a condensate of life where the gestures and little attentions are as important as the big events. As in reality therefore, how important it is the unsaid and, in this regard, the phenomenal final plan will long remain in the memory that condenses all her problems and allows us to feel a character in the depths of her flesh. Which does not happen often.'

You can read the review in original version here: An Autumn without Berlin: La critique espagnole. 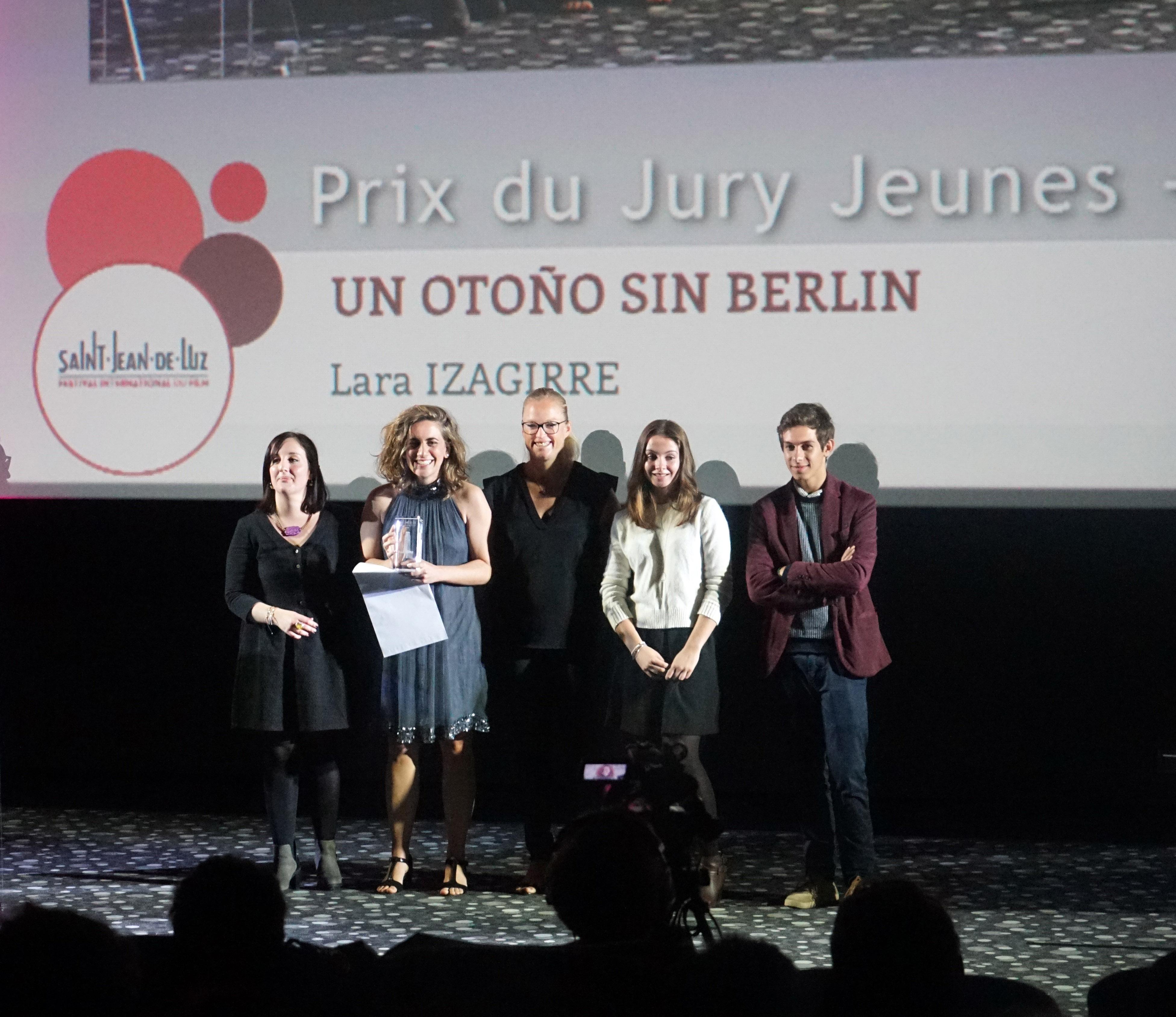