Last night the Cinema Writers Circle in its 71. Edition awarded Irene Escolar for her role in the film Autumn without Berlin, the first feature film of Lara Izagirre.

The actress took the stage excited and thanked her nearest women for all the support and confidence; the director Lara Izagirre, the co-star in the film Naiara Carmona, her best friend Carlota Ferrer, her manager Majós and of course, her mother.

Irene also highlighted the presence of women in cinema over this year: ‘This has been a year in which the presence of women has been very important in film. Great actresses have starred as deep characters with edges and great development. They even carried the weight of her films. So I hope this will not be an exception as it normally is.’

Escolar is also nominated for the Goya Awards for her role as ‘June’. The Awards Ceremony will take place on the Film Academy in Madrid, this Saturday February 6th. In this Best Newcomer Actress Category are also nominated Yordanka Ariosa (The King of Havana), Iraia Elias (Amama) and Antonia Guzman (for nothing). 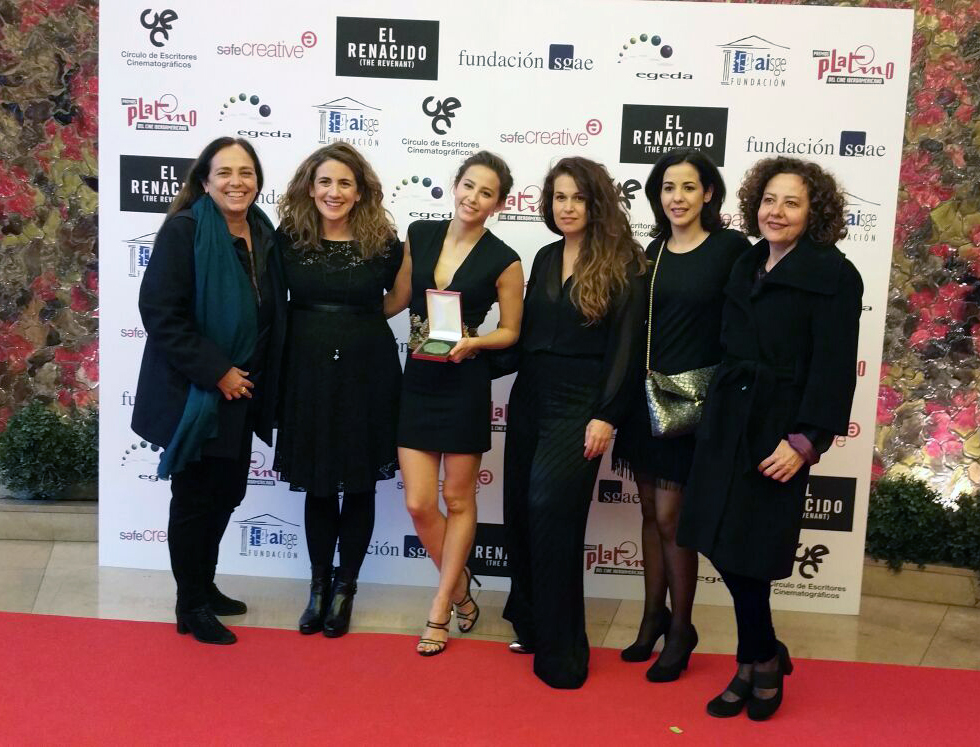