At the gala presented by Dani Rovira Irene Escolar obtained the Goya for the Best Newcomer Actress thanks to its majestic performance in “Un Otoño sin Berlín”, the first film written and directed by Lara Izagirre.


Irene Escolar had to run in order to reach the Gala in time, since few hours earlier she was at the Teatro Principal de Zaragoza playing Julieta in the play “El Público” by Lorca.

A few minutes after getting the Auditorio de Madrid, Clara Lago and Oscar Jaenada mentioned her name, she was the winner of the Goya for the Best Newcomer Actress, among the four nominates, Iraia Elias (Amama), Yordanka Ariosa (El Rey de la Habana) and Antonia Guzmán (A cambio de Nada). It is the only basque feature film that wins a Goya this year.

She took the stage very excited, and thanked the members of the Academy and colleages of nomination. Also gave thanks to everyone who helped her to get the Gala of the Goya Awards in time.

She wanted to mention very specially the director Lara Izagirre: “We made it Lari! We went through the movie, and here we are, thank you for knowing seeing me, for trusting me, for giving me “June”, for your generosity and your sensibility, and for having known to join the best team in the world. This award belongs to my casting colleges, the technicians, that offered me their hand and helped me until the last moment. Thanks for their support and love”. And ended giving thanks to her family.

Irene Escolar is the main character of “Un Otoño Sin Berlín”, the first feature film by Lara Izagirre produced by Gariza Films in cooperation with ETB. The film premiered the 22th september at the San Sebastian Film Festival.

Now it will begin his journey through international festivals, it will be released on DVD and online platforms on march 15. 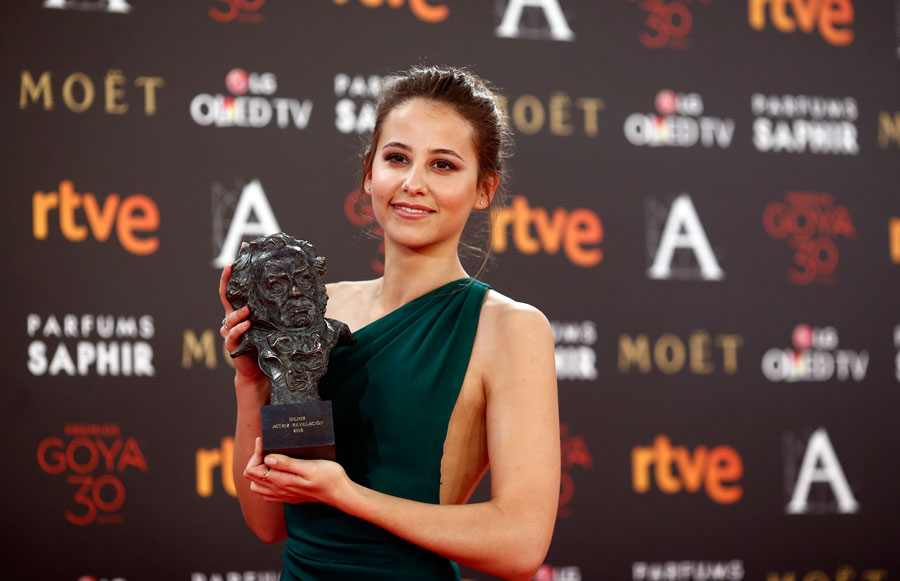