THE HIDDEN WAYS OF CREATIVITY

Time goes by, but films stay. All of them stay motionless, waiting for the moment, that magnificent moment when someone brings them back to life. The words that seemed forgotten sound again, images start to move and the magic of that abandoned work comes to shine brightly.

We have kept for ourselves a short film for a few years. We made it with a lot of care, we premiered it at the Culinary Section of the Zinemaldia 2013 and was awarded Best Short Film at the Film & Cook festival. Afterwards, without knowing very well why, it remained still, frozen.

Three years ago, Eneko Atxa and me had an ambitious idea of doing a short film. I wanted to talk about his creative process, and he was interested in mine. So, we decided to join our worlds and created The Hidden Ways of Creativity, a short that consisted of mixing both the flashlights of a camera and the stoves of haute cuisine. The result was extremely rewarding for us.

Currently, Eneko Atxa's Azurmendi restaurant has been recognised as the Best European, and I am at the post-production period of my first full-length film, An Autumn without Berlin.

Now, it’s time to transmit that eagerness to you. It is up to you to defrost our project, to bring it back to life, along with the motion and the music.

Enjoy the trip, as much as we did. 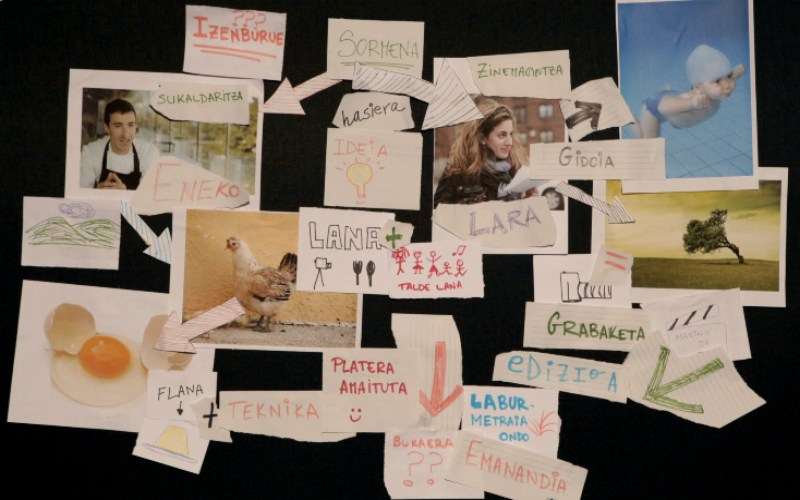